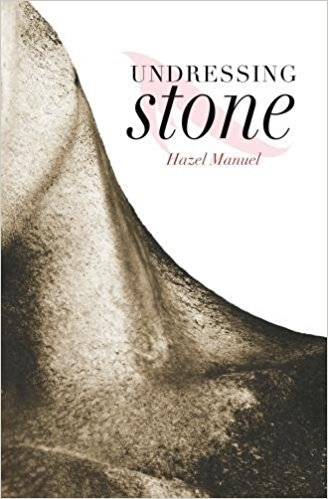 ‘If you were able, how would you redesign your life?’ In Hazel Manuel’s novel Undressing Stone (Cinnamon Press), this is the question asked of Sian Evans, a feisty yet emotionally aloof divorcee with a secret. Giving up her stable home and job in Wales, Sian moves to a borrowed cottage in a forgotten corner of rural France. There she meets an enigmatic sculptor. Will their odd encounters encourage Sian to admit a truth she has avoided for years? And what are the consequences if she does?

On the surface of it, Undressing Stone explores the ups and downs of French ex-pat life, but it is much more than that. The story is set against a landscape steeped in sunshine and shadow, whose vines and sunflowers flare and fold with the seasons, whose secrets hide among the stories the locals tell, and in those they don’t. In a narrative that moves between caustic observation and the richly sensual, this mysterious tale flirts with the existential and the gothic as it interweaves Sian’s conversations with her psychiatrist, and her newly reclusive life in France.

Undressing Stone is Hazel’s third novel, all of which challenge our taken-for-granted assumptions about modern-day life, her previous books having taking on such timely themes as business ethics, female leadership, poverty tourism and social alienation. Through well-crafted prose and gripping plot, Hazel invites us to look beneath the surface of our experience. “I have always written to explore, and Undressing Stone is no different,”

Hazel says. “My latest tale is of a woman who doesn’t feel she fits in. Many people will identify with her struggles – it is a celebration of the quietly unconventional.” Hazel’s writing follows a rewarding corporate career heading up two Wales-based education companies. She now lives and writes between Paris and France’s Loire Valley where she runs writing retreats at a beautiful old farmhouse. Her first novel Kanyakumari won the 2013 Cinnamon Press Debut Novel Award and was nominated for Wales Book of the Year 2015, while her second novel The Geranium Woman won acclaim from the UK Institute of Leadership. Read more at www.hazelmanuel.net