Mexican expat Mariana Ruenes is a force to be reckoned with. Her gentle, composed exterior belies an iron will and a fierce determination to make a difference in the world – not just on any level – Mariana is taking on one of the worst organised crimes known today, human trafficking.

Most of us in the West associate human trafficking with a distant, murky underworld of crime portrayed in books and films. It may therefore come as a shock to learn that human trafficking is, in fact, the third source of illegal income in the world today, after drug and gun trafficking.

What exactly is human trafficking? It implies the use of human bodies for profit. This includes labour and sexual exploitation (particularly forced prostitution and child pornography), forced marriages, organ traffic and slavery.

As Mariana explains, “It basically implies that through some form of coercion, either by deceit, psychological manipulation, abuse of authority, debt, threats and/or physical violence, a third party obliges a person into an activity to obtain economic revenue. Human trafficking is almost always accompanied by inhuman living conditions and small or larger criminal networks.”

It is estimated that around 2-5 million victims are recruited and exploited around the world every year and that 90% of the victims of sexual exploitation are women and girls. Victims are difficult to identify and it is a particularly difficult crime to tackle because, at its core, is the notion of consent, albeit impaired consent.

So, what would make this young, well-educated, self-confessed introvert want to tackle such a huge and abominable problem? As with so many big ideas, it all started in a very simple way; a lunch date in 2011 where Mariana met a survivor of sexual exploitation. Nancy was just seventeen, the same age as Mariana at the time, but she had already been through the most horrific experiences, witnessing the killing of her own friends by traffickers. Nancy had sought refuge in a high security shelter for underage survivors, the Fundación Camino a Casa in Mexico City. She had no one. She was totally disconnected from her family and had lost her friends. Mariana’s initial reactions on hearing the details of Nancy’s story were those of shock and revulsion, but she also wanted to do something, anything, no matter how small, to help her. She started visiting the shelter regularly and spending time with the survivors there, organising parties and events for them. 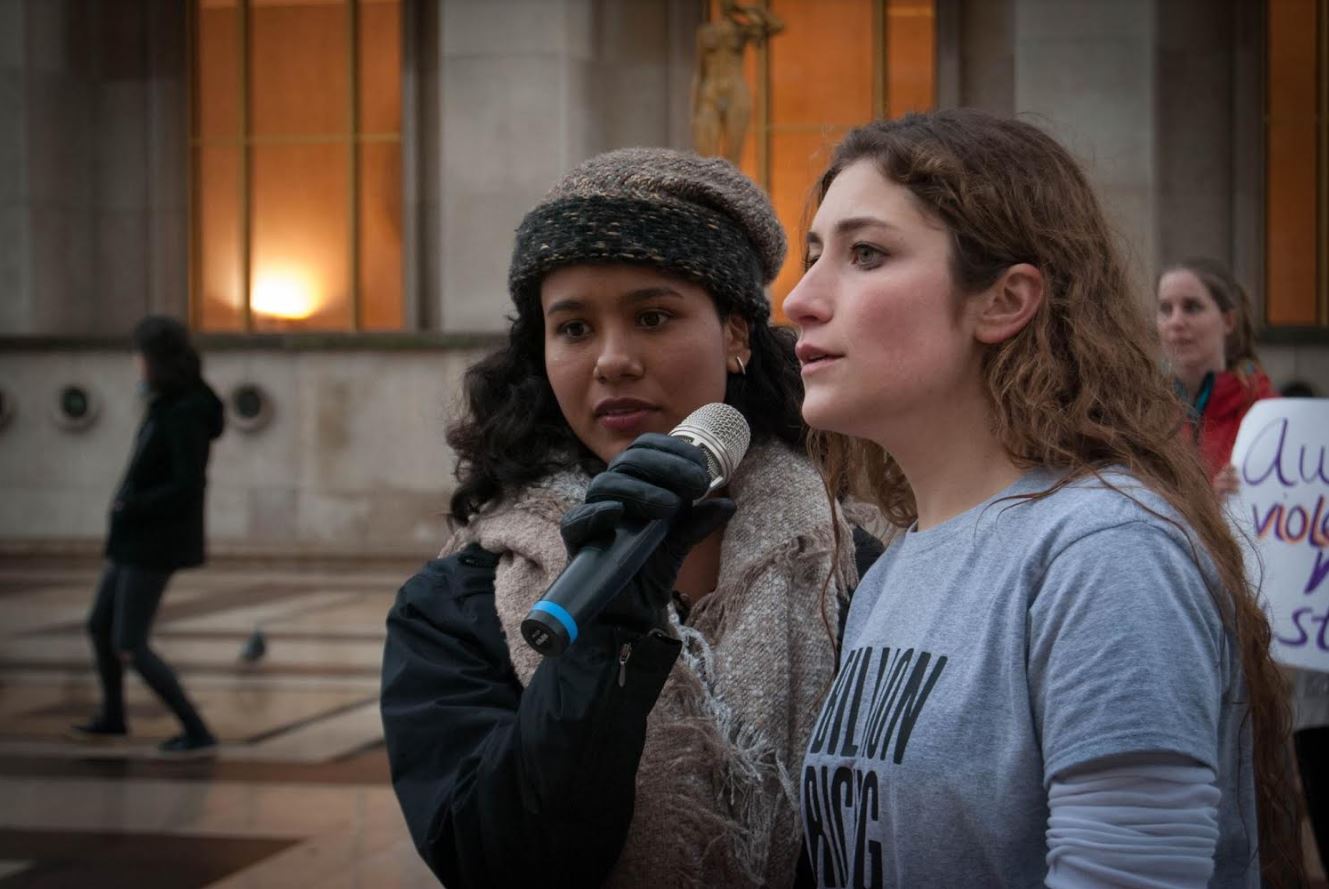 One of the first victims she met, Maria, was just six years old when she arrived at the shelter. Her father had brought her from Guatemala to Cancun as an infant to sell her to traffickers because he needed the money. Maria was kept in a shack near Cancun beach, a favourite haunt for wealthy tourists looking to satisfy their sexual perversions. She was forced to provide sexual services to at least five or six clients a day. Her traffickers wore masks, but the clients, rich businessmen, didn’t bother to hide their faces. One day Maria managed to escape. A small, frightened, abandoned child in a foreign country, she had no papers and spoke a dialect that was incomprehensible to most of the people she encountered. No one knows exactly how long she had been living on the streets before she finally arrived at the shelter.

Thanks to the support and generosity of the shelter’s staff and volunteers like Mariana, Maria is now a beautiful teenager celebrating her fifteenth birthday this year, but who knows how her story may have ended had that support not been available. “If there weren’t these specialized shelters, the victims wouldn’t have the specialized help they need for their situation.” Mariana explains, “Trafficking is more than rape, it’s more than domestic violence – it’s systematic abuse. Girls are completely broken.”

Mariana’s involvement with the shelter and with the fight to prevent human trafficking grew over time and resulted in her creating her own NGO, SINTRATA, in 2012 (the name simply means ‘stop trafficking’). SINTRATA now has 4 salaried staff, 120 active volunteers and thousands of supporters. It is a living tribute to Mariana’s determination to make a difference.

“As SINTRATA grew, I grew with it. I stretched my skills and what I could give to it.” Mariana went from giving talks at small gatherings, to speaking at huge conferences in front of thousands of people, making legal complaints and lobbying. She also started to network with similar organisations in different countries. “Human trafficking is a multifactorial problem, solutions have to correspond to that nature. It is not one thing that needs to be done but a very integral agreement amongst different actors within a society. The more public we are, the better. Something that is key to understanding trafficking (of any type) is that its success mainly relies on its capacity to remain hidden and disguising itself to gain legal and social legitimacy. We work a lot on preventive campaigns on very vulnerable communities that have red numbers on disappearances. We do many awareness campaigns.” 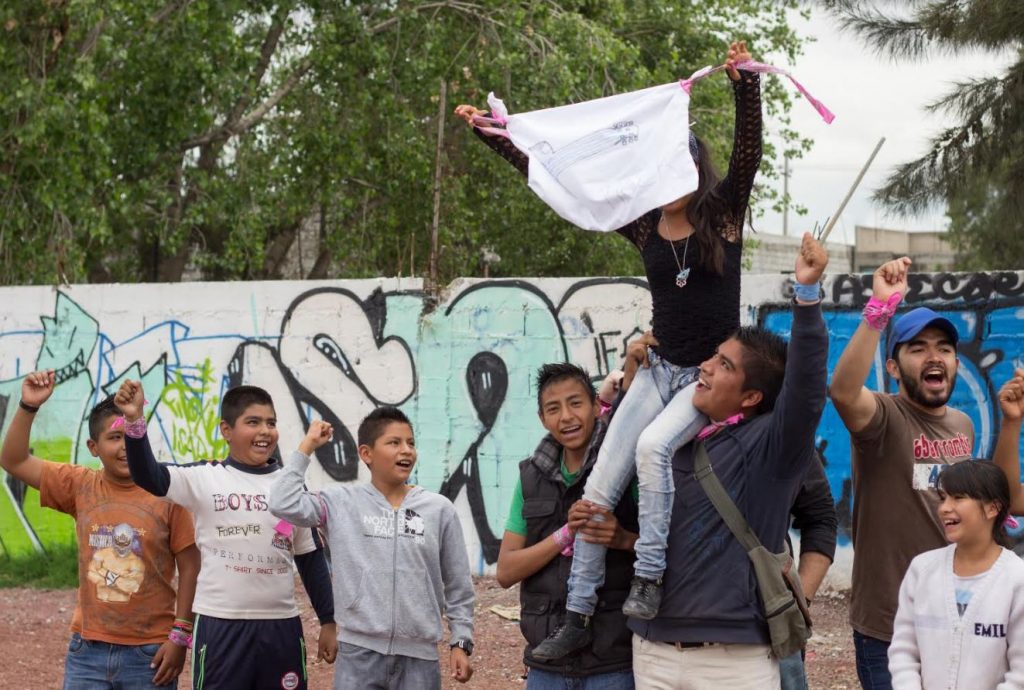 One of the organisation’s major achievements was their involvement in the passing of the Ley General – Trata de Personas law in 2012. Before this, there was no law to punish human trafficking in Mexico. Traffickers may have been jailed for minor related crimes but after a few years of prison they were free again.

Now, with the 2012 law, human traffickers can face sentences of up to 40 years imprisonment.

One has to wonder how any human being can do such things to another, without feeling some level of empathy with their victims. Mariana explains that like so many things, it starts small, and it is through repetition of the same acts that the traffickers become detached from their emotions and simply see what they do as a business transaction.
An example of this, was when the owner of a small dry-cleaning company in Mexico employed Zunduri to iron shirts. Zunduri was given huge quantities of laundry to iron for hours on end and would find herself falling asleep through lack of rest. One day she burnt some of the laundry. She was told she would have to do more work to pay back the value of the burnt items. A terrible vicious circle was established. Over time this led to a situation where Zunduri was kept chained to the ironing board for hours on end. As Mariana says, the owner of the company probably didn’t set out with the intention of keeping a person chained up, but the situation arose out of a gradual numbing of any feelings for her employee. Big things, both good and bad, can have very small beginnings.

Mariana is currently finishing a two year Master Program in Human Rights and Humanitarian Action at Paris’ Sciences Po School of International Affairs, whilst continuing to coordinate SINTRATA’s work from a distance and building networks with other initiatives in Europe.

Find out more about SINTRATA and Mariana by visiting www.sintrata.org