Deciding to move abroad is one of the most important decisions one can make. But making the decision to raise children abroad is a whole new ballgame. When one thinks of Paris, the word which immediately comes to mind is sophistication. The ultimate test of sophistication in Paris is carrying a stroller over multiple stairs!

That is the thing about being a mom in Paris, there are challenges but in the end it is an experience that I wouldn’t trade for anything in the world. I have been here for five years, and have learned many lessons along the “chemin”. I wish I had the knowledge that I have now when I first arrived. But the next best thing I can do is share my knowledge with parents who are arriving in Paris through my experiences over the upcoming issues of Expatriate Magazine.

I didn’t know anyone in Paris when I arrived and my first goal as a young mom was to make human connections. Over the years I have met many people who have come and gone. Be prepared, this is just part of expat life, so you should be prepared to make friends, and then make more friends as your social network will inevitably evolve with time.
Having a support network is key, fortunately Paris is a city where there are many ways to seek such support through rganizations and social networks. To name a couple; Message (www.messageparis.org) is an English speaking support group for parents and parents-to-be living in and around Paris. The American Wives of Europe (www.aaweparis.org) is another wonderful support network for American Wives in Paris. 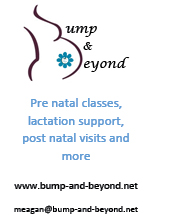 For those with young children, there are PMI (Protection maternelle et infantile) centers throughout France which help parents with any questions they may have. These centers also have information on activities for children, so it should be one of the first stops one should make as a parent in Paris. You can find your local center here. Making connections with other expat parents in Paris is important, but it is also important to be involved in your local community. Whether it be with your children’s school, community centers, etc.

There are often many activities available in each community, such as language lessons, dance classes and sports, to name a few. So don’t be shy, go to your local PMI and ask for information.

I have tried to make it easier to meet other expatriate parents by creating the group Expatriate Parents in Paris on Facebook and Meetup. Today we are over 200 members, we schedule outings frequently, fortunately Paris is one of the cultural capitals of the world, so there are always an array of activities available to do and share with other parents and children in Paris. And you’re invited!

About Cleopatra Narcisse 1 Article
Cleopatra Narcisse has been in living in Paris since 2009 . She is the mother of two beautiful daughters aged 17 months and 6 years old. https://www.facebook.com/groups/1469884336562689/ http://www.meetup.com/Expatriate-Parents-in-Paris/
Facebook