Back when I was a student, an exchange program took me to London for four months. My urge to leave Paris stems back to this period of my life, a real eye-opening moment. The Anglo-Saxon culture seemed to be so much more pragmatic and I became thirsty for new horizons. I felt the need for a system that would provide opportunities and reward achievement based on results. When I decided to leave, it seemed to make sense to just “go for it” and move far away. London was simply too close (and outrageously expensive!), so I decided to try my luck in San Francisco.

It was 8 years later you contemplated leaving… What kept you?

Coincidentally, when I arrived in San Francisco I was reading Oscar Wild’s ‘The Picture of Dorian Grey’. I think he best described the city’s pull: “It is an odd thing, but everyone who disappears is said to be seen at San Francisco. It must be a delightful city, and possess all the attractions of the next world”. San Francisco has something bewitching. It’s one of those cities that you can fall in love with at the first sight. The only drawback being that it is also very hard to leave…

An opportunity presented itself which eventually saw you rise to Chapter General Manager of French Tuesdays. Can you tell us about this period of your career?

French Tuesdays is a marketing company that offers visibility to premium brands through organizing high-end social events for affluent, international professionals in their mid-thirties. These events take place in the most beautiful venues of great metropolitan and cosmopolitan cities. I joined the French Tuesday’s team at a time when they were only in 3 cities (New York, Los Angeles and Miami) and was in charge of managing the company’s operations for its then newest chapter in San Francisco. My activities were diverse, my favourite part was the artistic direction and hosting role during the actual events.

Indeed. In late 2010, I created this company with one of my closest high school friends Jerry Folly-Kossi who happened to live in California. Though we were working in very different industries, we have both always been passionate about fashion and the art of dressing. We identified a growing interest from the American market in men’s fashion, partially due the success of TV shows like ‘Mad Men’, but in our opinion, that interest was not necessarily materializing in great clothing style. We decided to awaken the gentleman that, we strongly believe, lies in each man and to encourage men to step up their dressing game! Simply put, our approach was to offer our clients custom-tailored garments that would fit both their body and personalities and without necessarily breaking their wallets!

All was going according to plan, why did you leave?

I was forced to leave due to legal complications regarding an Investor Visa process. I’ll spare you the details but I can tell you American immigration laws can be a real headache for foreigners! Looking back, with the benefit of hindsight, this was a blessing in disguise. The door that was closing before my very eyes was a way for the universe to tell me it was time for me to start a new chapter in my life.

How does the new chapter read?

By the time I had to leave, I had already met Martina, who had become my much-better-half. With the visa complications we needed to start everything from scratch. I wasn’t at all feeling like returning to Paris while Martina needed more than ever to be close to her family again. Her country, Croatia, had just joined the European Union at that time. It seemed to be the logical next move for us to continue our lives together and begin my next business venture.

What is your current venture?

I am now running the very project I intended to launch in San Francisco. From my experience in fashion, I had noticed that men were starting to be more comfortable accessorizing their outfits. The times of just a watch and wedding ring were over! A COOL MAN started originally as a web-shop for wrist-wear and recently broadened its offer to become a destination for the modern-day gentleman to shop a whole array of accessories such as ties, bow-ties, pocket squares, lapel decorations, etc.

I always make sure to be a walking business card. Though accessories are less easy to notice than a suit at a glance, they say a lot about the attention one puts into detail. As I always like to say, “Elegance lies in subtle details”. We strive to offer our clients quality, original products, distinctively curated, skilfully crafted, with a cool flair and a very fair price tag.

What do you have planned next for A COOL MAN?

We will begin featuring other brands and products on our platform with which we will work on a revenue-sharing model. We are looking for independent designers and brands who want exposure and an extra distribution channel. This will introduce new product lines to the platform, such as small leather accessories (card holders, belts, key-chains,..), watches, socks, scarves, etc.

You’ve now lived in three different continents, what observations have you made?

I would simply say that the grass isn’t necessarily greener on the other side. However, traveling, discovering and learning about new cultures through people has enriched me as an individual. I feel lucky for being raised in a multicultural family, having spent my childhood in different worlds and having had the chance to study and work abroad. I will strive to continue discovering new horizons, for it truly makes me who I am: a citizen of the world.

Visit the ‘A COOL MAN’ boutique on www.acoolman.com and the facebook page here. 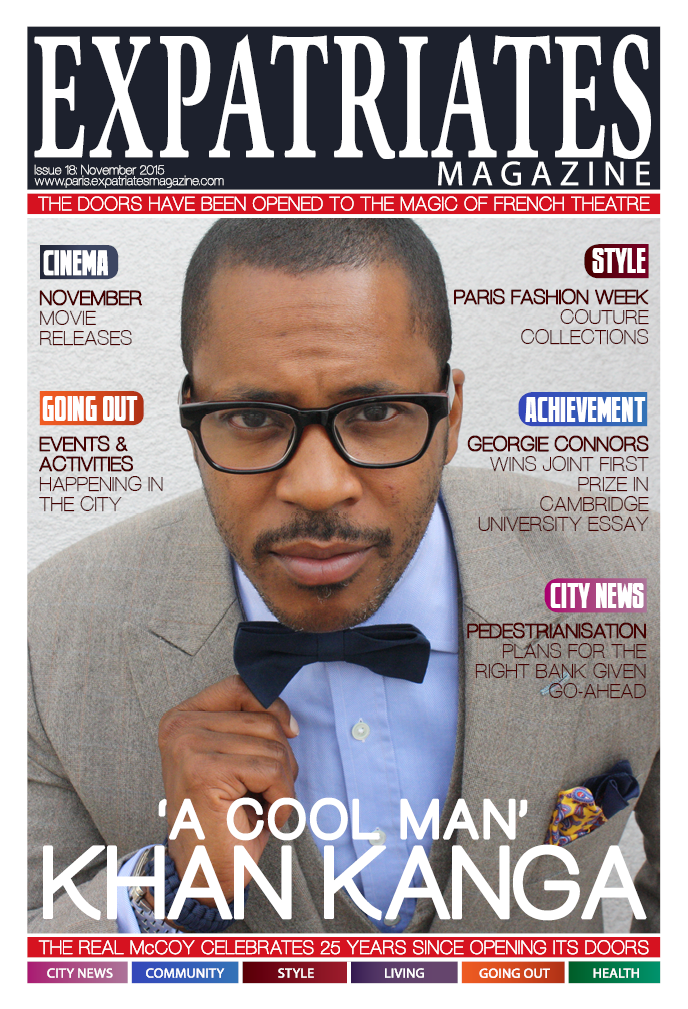 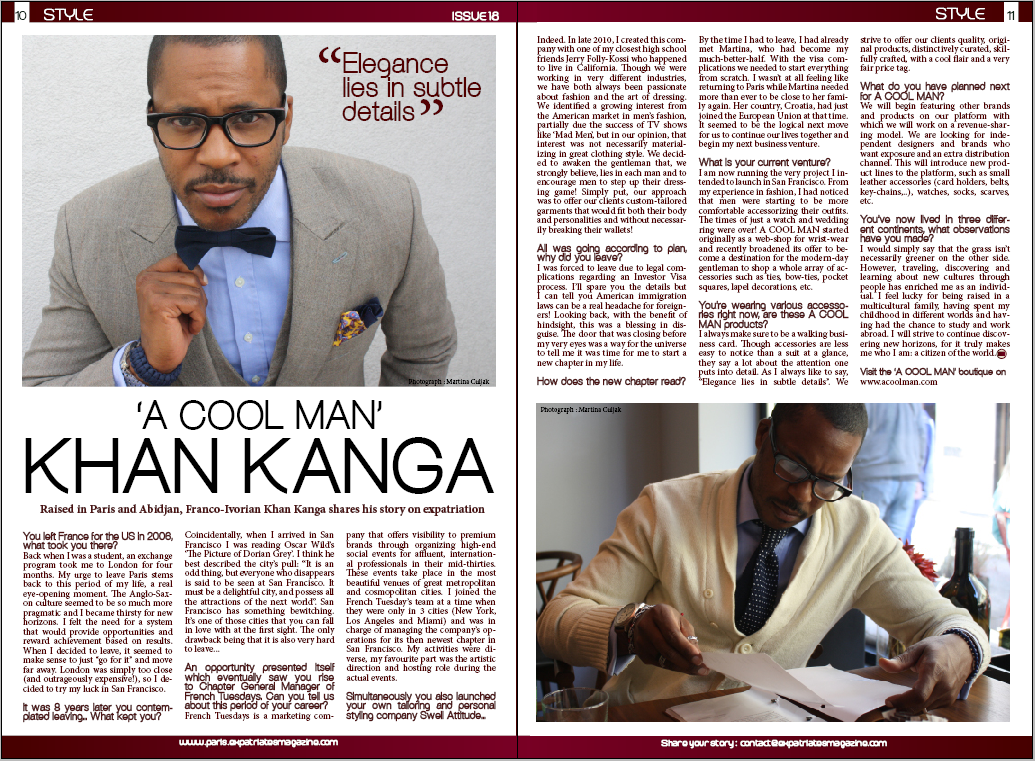