It was a beautiful autumn morning in North Central NSW, Australia. From the air the land looked like a patchwork quilt with different shades of green and brown.

Through the low-lying mountains ran a small unnamed creek. My job, as an aerial spraying pilot was to spray the noxious weed that lined the creek beds separating the local farming properties.

I did a quick flight to confirm the area and to identify obstacles. I noted that the creek ran through a treed area at one end of the river which the property manager hadn’t mentioned. My flight confirmed what was shown on the map and there were no visible obstacles.

When positioned on the spray run, I descended to 1 metre above the ground and reduced my speed to 110kmh. At the end of the run I pulled up just as I entered the treed area. Suddenly, without warning, I was thrown forward against the harness as though a large arm had grabbed the aircraft’s tail midair. This was immediately followed by an explosion as the Perspex windscreen shattered and I felt myself pinned to the bulkhead behind me. All I could think was “Please God, whatever happens don’t make me a cripple. I’d rather die.” I blacked out. I can only assume from the wreckage that the aircraft had pitched up, pointing to the sky and came back to earth tail first.

I had no idea how much time had passed before I became conscious. I couldn’t move, but I felt the grass on my face and recognised a strong chemical smell – herbicide, my brain registered. As I struggled to move, I realised my left hand was trapped between the aircraft’s fuselage and the ground. I was numb and dazed. Panic set in. I was finding it hard to breathe and concentrate.

The next thing I remember, I was standing in front of a creek and I could just make out a homestead in the distance. Between me and homestead stood a waist-high crop and the creek I had just sprayed. It seemed to be only 20 or so meters wide. I resigned myself to cross it. As I made my way to the edge, the strong smell of herbicide returned. I looked at my pants and realised I was soaked. I fell into the creek gasping for air. The bottom was muddy, which made it hard to wade across. Dragging myself out of the water, I lay there exhausted. I must have passed out again because when I came to my feet were in the water but the top half of my pants appeared dry. I rubbed my face with my left hand and realised it was covered in blood. I had a large gash on my left wrist and bicep. The flies had noticed as well, and were enjoying the opportunity. With that thought, I started stumbling, determined to get to the distant homestead.

I walked into the waist-high crop and all I could see was a sea of cobwebs between the plants in each furrow. “God,” I said, “you must really have it in for me today!” I hate spiders! Regardless, I made my way to the homestead brushing aside the spiders and their webs with my right hand. I felt something running down my neck and started to panic, because I thought it was a spider. I reached up and rubbed it off only to find I was covered in blood. I had a long scar on the right side of my neck, from my throat to my ear. I was finding it harder to breathe which was making walking increasingly difficult. Finally, I made it to the homestead. I had no idea of the time. My watch was gone.

I got to the front door and was feeling numb from the chest down. I couldn’t move either of my arms to knock on the door. I tried to call but I’d lost my voice. I kicked the door, but no one responded. I made my way around the back of the house. I must have looked like a zombie. I kicked on the back door. No one came. In a big tin shed behind the house there was a 4 wheel drive. I could see the keys in the ignition. I managed to get in and start the car.

I didn’t know where to go. I got out of the drive, and made it a kilometre or so down a dirt road when I got to a tight bend. Then disaster struck when I couldn’t move my arms enough to get around the corner; I ran off the road into an embankment!

Sometime later my loader driver found me. He was hysterical; he dragged me out of the 4 wheel drive and literally threw me onto the back seat of his car. He started to race me to the nearest hospital, repeating, “On my God!” all the time. When we got to a T- intersection he stopped to give way to a passing car; it was an ambulance… He raced after it honking the horn, waving his arm and yelling “Help!” (As if they were going to hear him half a kilometre ahead). Eventually he caught up and they stopped.

Five hours after the accident I arrived at the tiny hospital of Quirindi. It had 3 beds, one doctor, a nurse and one patient who’d just been in an aerial spraying accident.

The fun had just begun.

It was dark outside and an ear-splitting noise brought me back to consciousness as my bed moved around me. Without warning, a door slammed and I was inside a cabin; the noise became muffled. I had an oxygen mask on. I looked up and found myself staring into the face of an older man in a paramedic uniform who said, “You OK mate? We’re taking you to a hospital in Sydney.” The unmistakable feeling of an accelerating aircraft gave me comfort as I slipped back into unconsciousness.

I came to in a corridor; the paramedic was talking to a doctor. With all the noise around me I couldn’t make out what was being said. Looking at my neck, the doctor said. “You’re bloody lucky mate. We’re gonna see what’s wrong with you”. He waved his hand and said “Take him to theatre.” 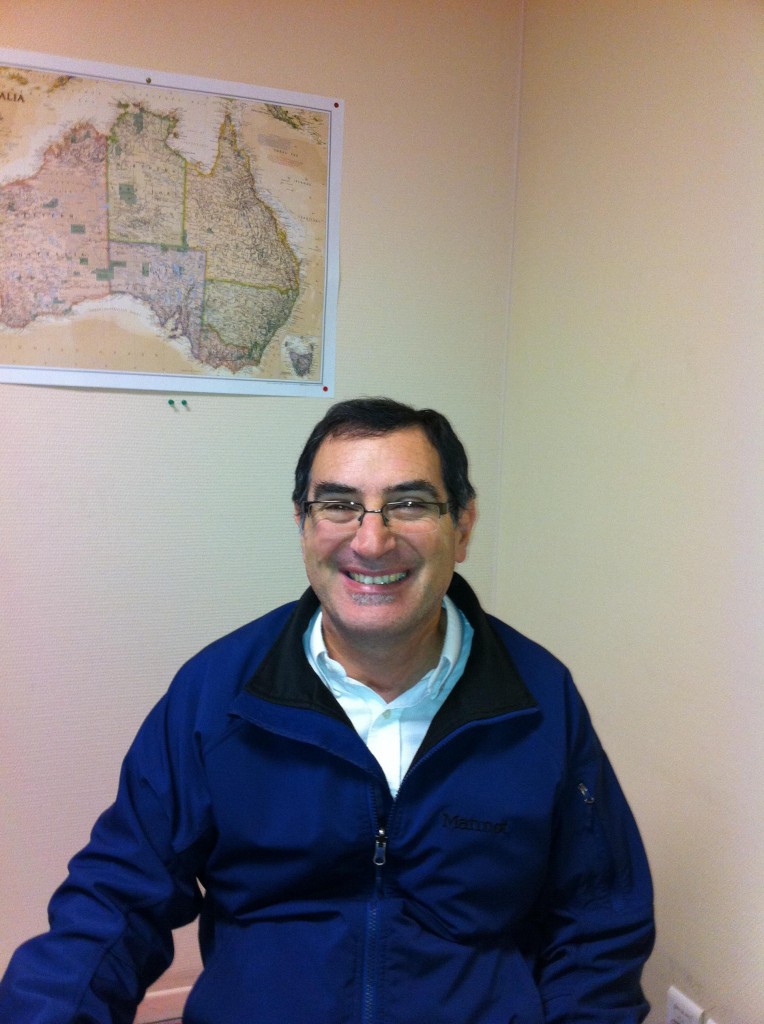 My head was spinning and I felt dazed. All I could see were lights, a blood pressure machine beside me, half a dozen drips and other equipment I didn’t recognise. The oxygen mask was gone but there was something around my neck. I tried to move but I couldn’t. I was on the edge of consciousness…

The next thing I knew, the anaesthetic was wearing off. I felt pain all over. I couldn’t talk. I was in a hospital bed in Sydney. I’d spent two weeks in intensive care, heavily sedated. I had at least one line in every limb; injecting things into me and evacuating bodily fluids.

It was three weeks before I met the surgeon. “You’re very lucky.” he said. “You severed your trachea completely, and you’ve destroyed a nerve in one of your vocal chords. We’ve sewn your trachea back together and put in a sleeve to stop the scarring from closing it off. Those wires poking out of your neck are holding it in place. You’ll probably only have 25% of a normal opening, and you may not be able to fly again.” This wasn’t what I wanted to hear! Flying was all I had ever known.
When I saw my wife and three-year-old daughter for the first time after the accident, my daughter started to cry, saying “What’s wrong with my daddy?” I wanted to hold her and tell her, her daddy was going to be alright, but I couldn’t move with all the cannulae in me. Neither could I talk. Tears welled up in my eyes.

In the weeks that followed, I decided I would return to university and get my master’s degree – at least then I could manage an aviation business.

Three months passed before the “trachy tube” was removed. It felt strange not having a plastic tube sticking out of my neck. My breathing was accompanied by a barely audible snoring-like sound at first. A rather weak voice came out to begin with but as time passed I was to prove the surgeon wrong. I could speak!

Six months after the accident I returned to flying and I continued to fly for the next 21 years.

During my aviation career I flew a helicopter in the first “Mission Impossible” film. I flew in a 5 part series on the Australian Outback. I held a record for the furthest offshore helicopter rescue in Australia, 560 km offshore, at night. I risked my life and that of my crew, many times over saving the lives of dozens of people as a rescue pilot. For the last 7 years I was a news chopper pilot.

I’ve never let my limitations stop me. I’ve pushed myself hard and have never used my disability as an excuse. I’ve run 3 half marathons and dozens of 10 km runs. At the age of 46 I achieved my black belt in Kyokushin Karate.

After the accident I fell in love with learning. I started flying part-time so I could focus on my future. Not long after the accident we started the first of our 5 businesses. I started a very successful martial arts gym. After I completed my master’s degree, a colleague and I started a successful coaching business. We sold that business and my wife and I purchased a fitness centre which we ran for 5 years until we sold it to move overseas. At the age of 50 I received my first full-time professorship in San Francisco. We moved to France in 2010 and last year I left academia to pursue my own dreams!

What I have learned from this is: never use your limitations as an excuse not to achieve your life’s dream. Life’s too short and too valuable!