Come and join 31,000 expats in our Facebook Group – Expatriates in Paris

Voting for the Best of Paris 2017 opened on June 8th (www.best-in.paris), with 180 categories and 900 nominations. The online campaign is now open to the public to vote for their favourite service, experiences and achievements in Paris. From June to August expats and locals are voting in their categories of interest. The winners will be announced in September’s special edition of Expatriates Magazine.

At the time of writing, the campaign has been open 48 hours, 5,400 votes have been received and these early days give an indication of where the votes are being allocated, but with just over 60 days of voting all may change.

There are four nominees in the Best Illustrator category, with Filipina expat Cynthia Renard, founder of ‘Love Cynthia’ – a company that specializes in photopolymer stamps for crafts
and scrapbooking (www.lovecynthia.fr) – rocketing into first position with 85% of the votes. 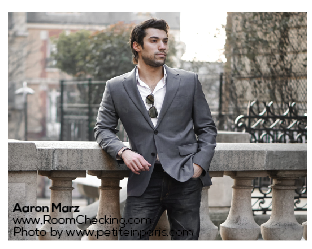 The current leader for ‘Best Expat Achievement’ is Aaron Marz, Chief Technology Officer at RoomChecking (www.roomchecking.com) for receiving seed funding at 33%. Other nominations include Sabri Ben for his 3rd TEDx (www.tedxiheparis.fr) organisation which brought 800 attendees in May, Paul Taylor, for his humourous TV segment “What the f**k France?” aired on Canal+, and Florian Barstch celebrating 20 years of improvisation in 2017.

The photography category has been split into subcategories this year. Best Wedding and Engagement Photographer is proving to be an interesting mix, currently led by Swedish photographer Magdalena Martin (www.mmphotoart.com) (32%) followed by Anastasia Abramova (theflyingpoodle.com)(20%) and Anna Moskal (www.annamoskal.com)(18%). Last year’s winner Sławomir Janicki (www.artjani.com) currently sits with 15% of the votes. The Best Portrait Photographer category is currently contended by two front runners; Katie Donnelly (www.katiedonnellyphotography.com)(55%) and Federico Guendel (www.iheartparis.fr)(37%), but with Dagmara Bojenko (www.dagmarabojenko.com), Katie Mitchell (www.katiemitchellphotography.com) and Catherine O’Hara (www.catherineohara.com) nominated, we can expect this category to develop.

An essential service for many expats, the Best English-speaking Hairdresser is an important category for many. The category is currently being led by Nick Clark (www.nick-clark.fr). The British hairdresser who opened his own salon in the 11th just three months ago currently claims 61% of votes. The long term expat with a loyal customer base sets an early challenge against last year’s winner StylePixie Salon (www.stylepixiesalon.com) based in Ivry-Sur-seine.

Under health, last year’s runner up in the Yoga category, Affordable Yoga (www.affordableyogafitness.com), is currently leading ahead of Birkram Yoga Paris (www.bikramyogaparis.com) and last year’s winner Ann Moradian Yoga (www.annmoradianyoga.org). There is everything to play for in the Best Personal Trainer category, with Marcus Reuban (www.yptparis.com) currently leading at 45%, followed by Richard Allan (www.richardallenfitness.com) (24%) and Justine Fauster (www.justinepersonaltraining.com) (15%). 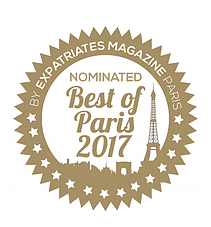 With over 60 days to go, the positions are likely to change as new entries are submitted and nominees begin campaigning. But the early votes give us an interesting idea of who will be there or thereabouts towards the end. Voting ends on August 14th so be sure to head over to www.best-in.paris soon to show your support for those you feel deserve to be acknowledged as the Best of Paris 2017.

Would you like to nominate someone for Best of Paris 2019?

Place your advertisement here
View basket “Best of Paris 2018 (pdf)” has been added to your basket.
Filters Sort
Reset Apply

Where voters are coming from