English-Speaking Theatre Arts in Paris (ETAP) was launched to unite English-speaking entertainment, where performers coordinate shows and expats are finally given a centralised source of information to find performances in the city. The launch event was held to introduce the platform and its initial 8 members to an audience of professionals including representatives from the tourism industry, language schools, cultural centres, embassies as well as journalists and bloggers. Expatriates Magazine accepted the invitation to attend, thinking that we were already aware of what was on offer, but reading through the list of scheduled showcases, it became clear we didn’t! This in itself is proof that ETAP serves not only the artists, but that it should also become an essential resource for expats in Paris.

Sebastian Marx, notable for “A New Yorker in Paris” and manager of Paris’ longest running English comedy club “New York Comedy Night” hosted the launch in the professional and humorous manner which has built his reputation both on and off the stage. He introduced each member of ETAP as they showcased their performances to an eager audience. 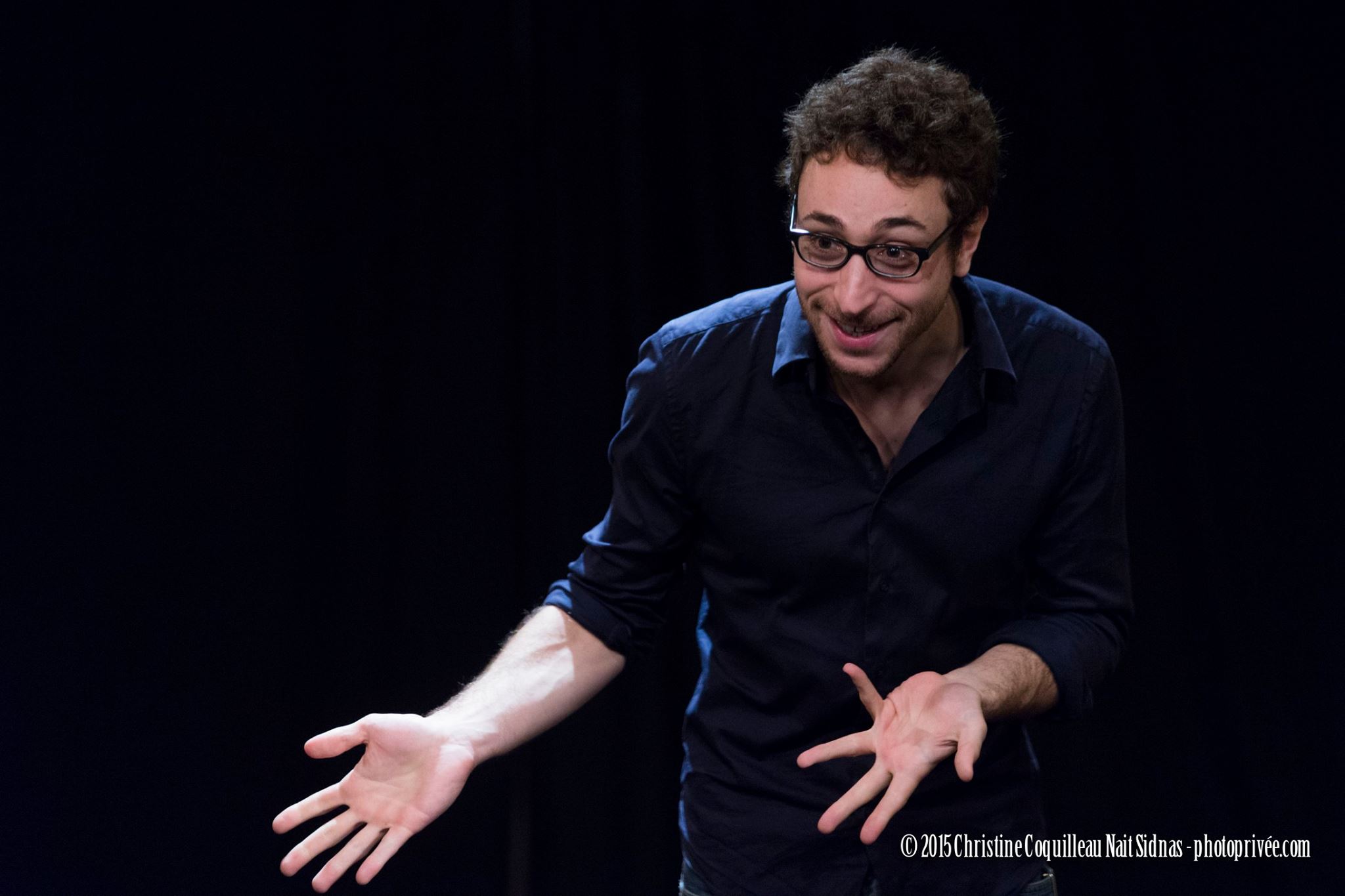 Movie fans may recognise her as Queen Elizabeth in “Les Profs 2”, and commuters in Paris may be familiar with her voice on the métro politely reminding them to “mind the gap” when the train pulls to a halt: poet and writer Vivienne Vermes recited a selection of poems, one included “The English lesson”, a poem referring back to her days as a teacher and the overuse of a fictional character named Alice in the school’s teaching method. 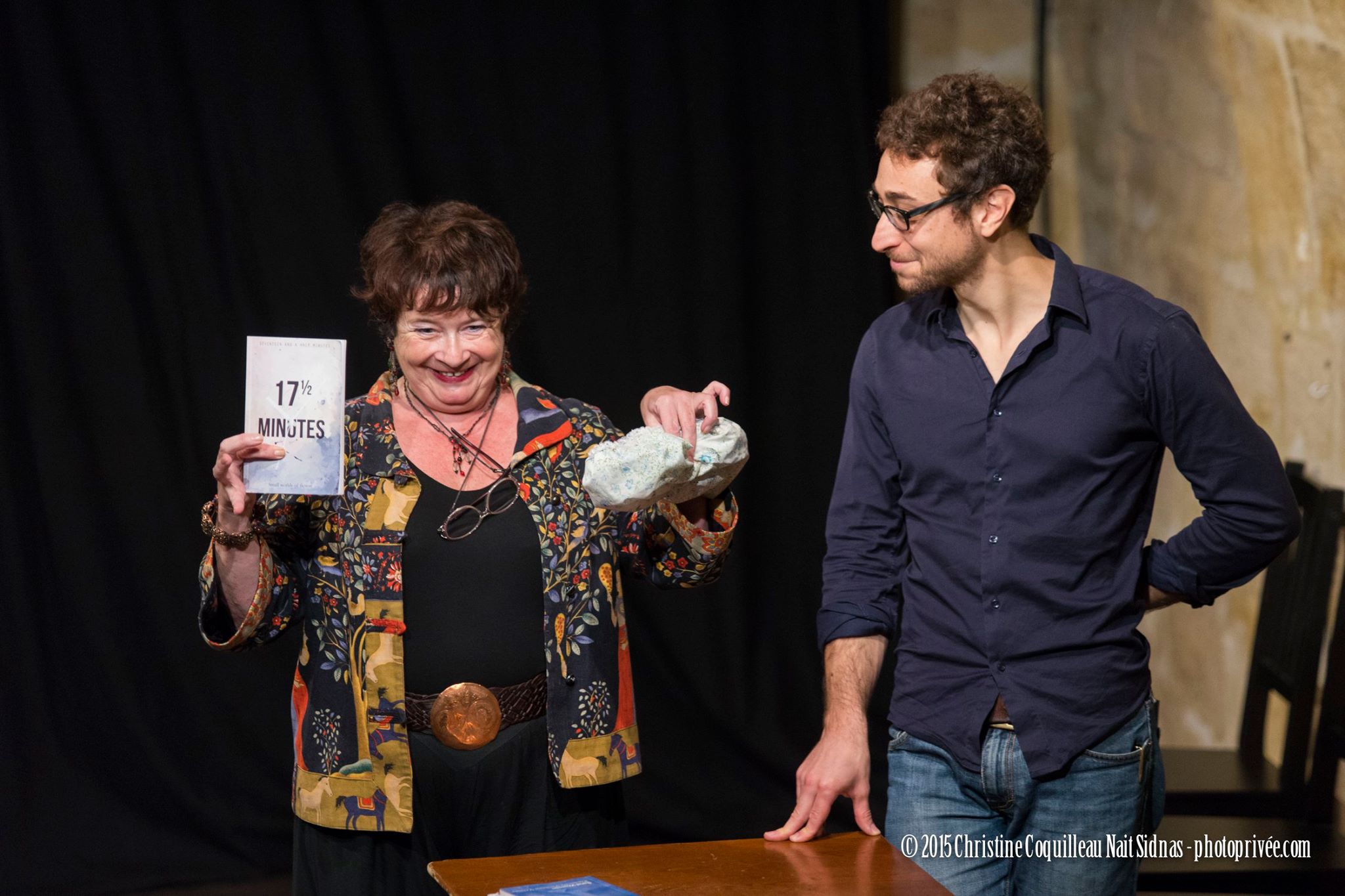 As expected, Mark Jane and Charlotte Donnelly from The Improfessionals fired-up the audience with their improvised interpretation of a movie synopsis, randomly selected by audience members using Halls Film Guide 2005. 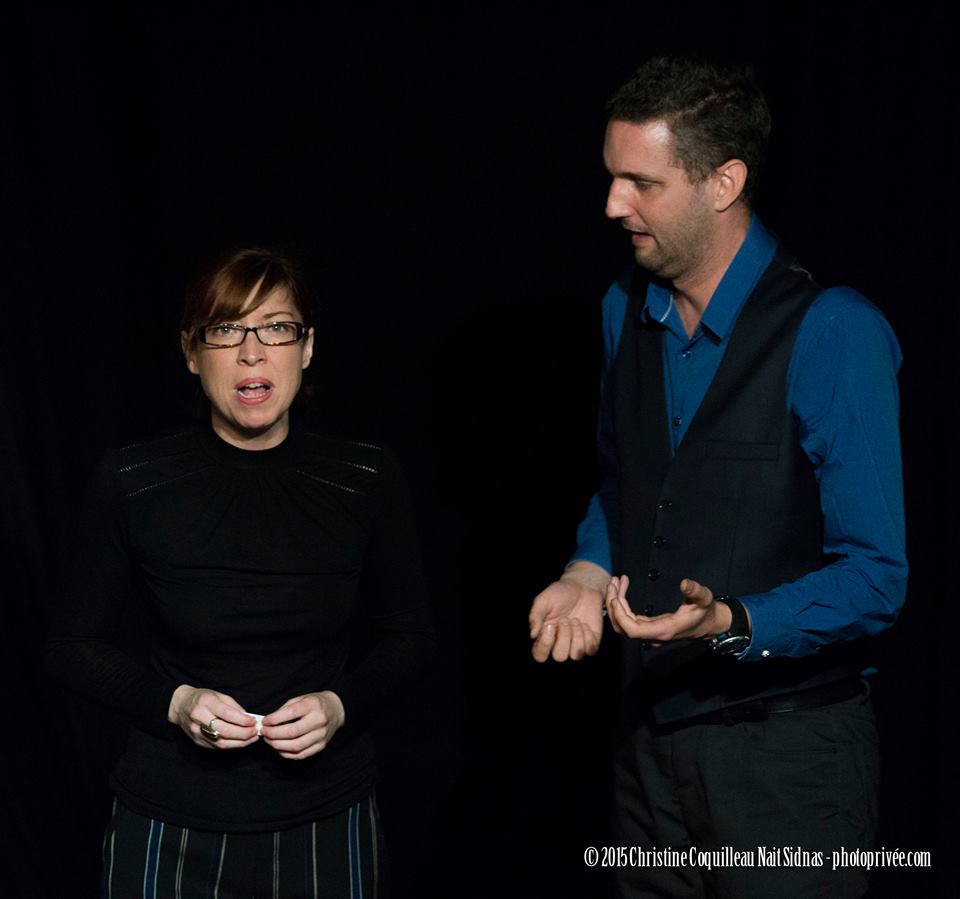 Cabaret performer and singer/story-teller Caroline Nin, whose credentials include performing at the Royal Albert Hall, set a dramatic scene with her jazzy rendition of Edith Piaf’s “Milord” which had the audience singing along with her and finally understanding the well known French classic.

Members of the improvised musical “NEW” demonstrated great versatility. The audience chose both a title and a location for their improvised opening number of the musical “The last cut tango”, set in a “children’s playground” – a show that brought together visual art, music and theatre, all improvised and very impressive. 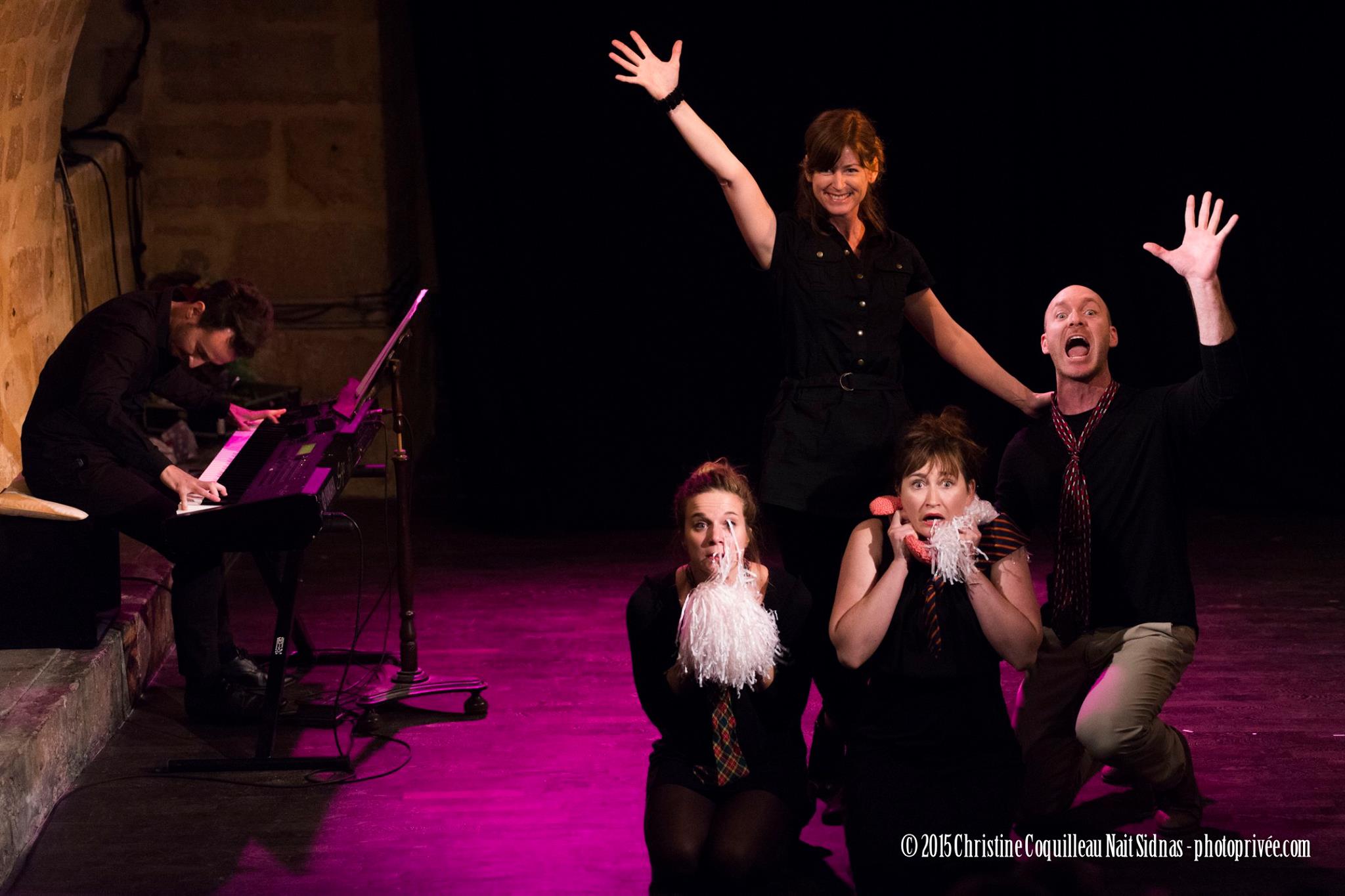 Our imagination was then tested by an incredible performance given by “The Poetry Brothel”: a unique concept for poetry fans, delivered by a “pimp’s” innuendos. The audience quickly switched mindset during the Q/A session. One audience member asked if the (poetry) brothel caters for all tastes, to which the pimp replied, “We have both men and women available”. As a member of the audience returned from her private one-to-one reading, we were reminded that what happens in the poetry brothel stays in the poetry brothel. 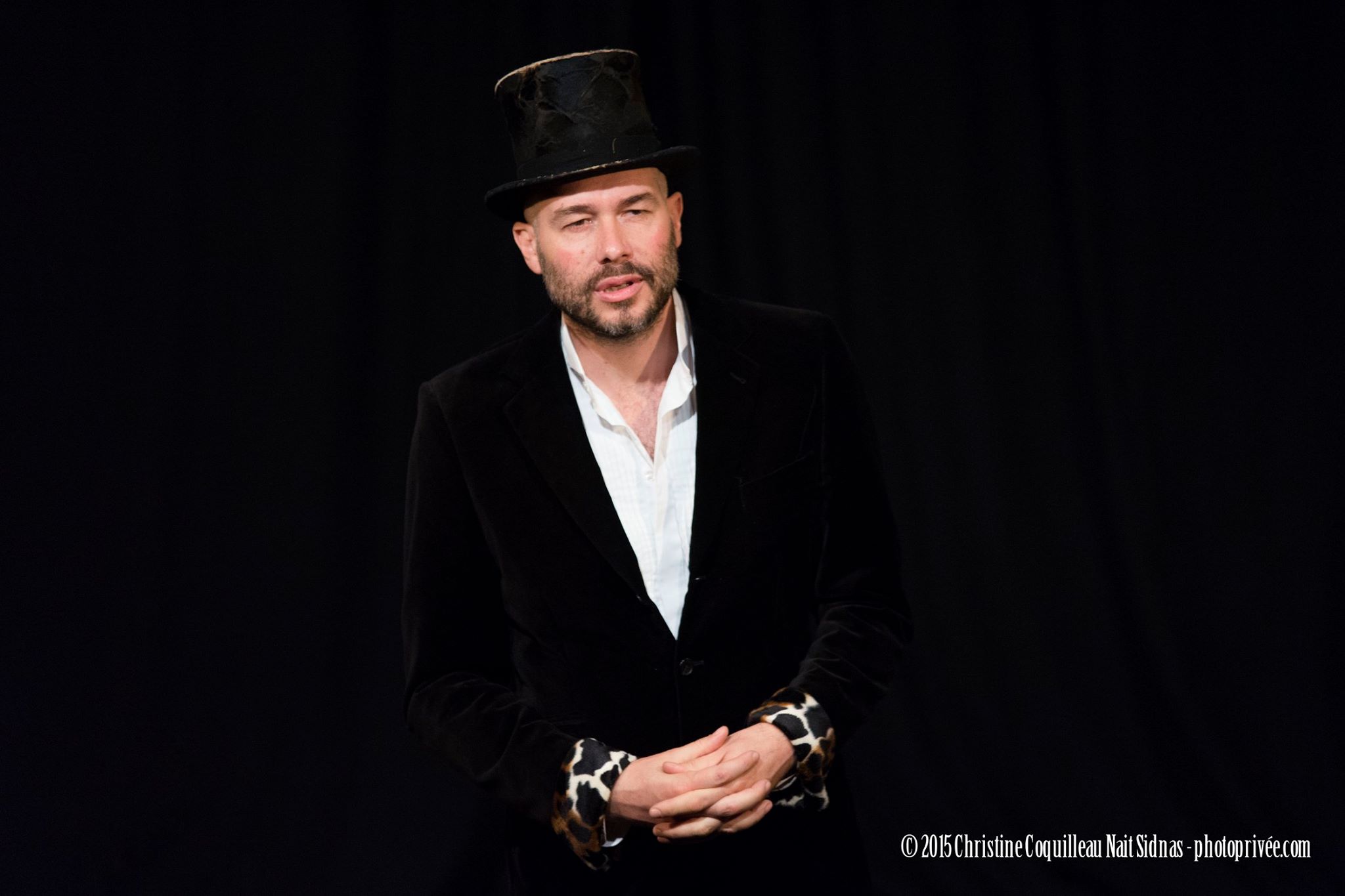 Other performances included “Dear Conjuction” with an artsy scene from Yasmina Reza’s play “Art” and “American Musical Theatre Live” with a 7-minute version of the young, urban Broadway show “Next thing you know”. 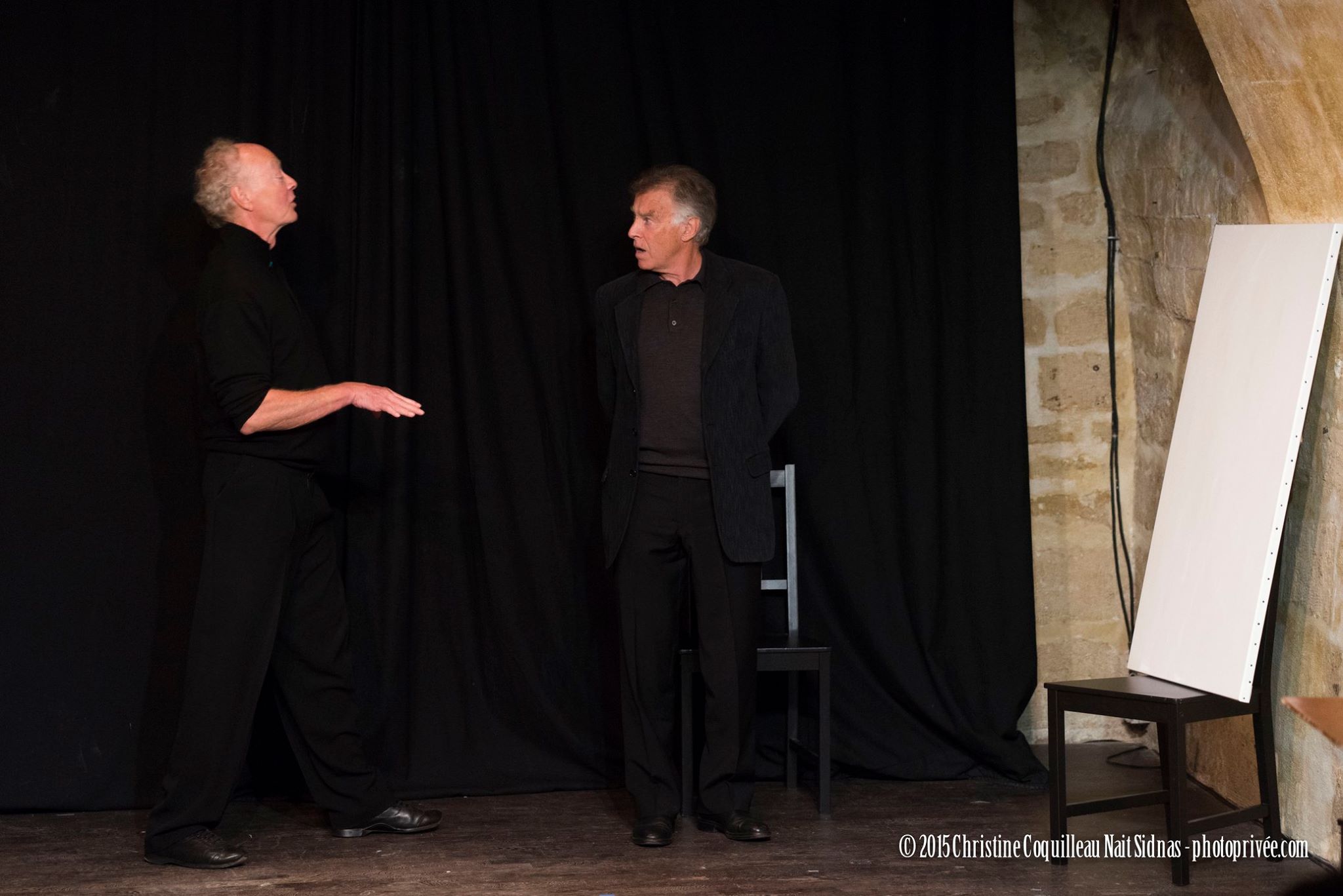 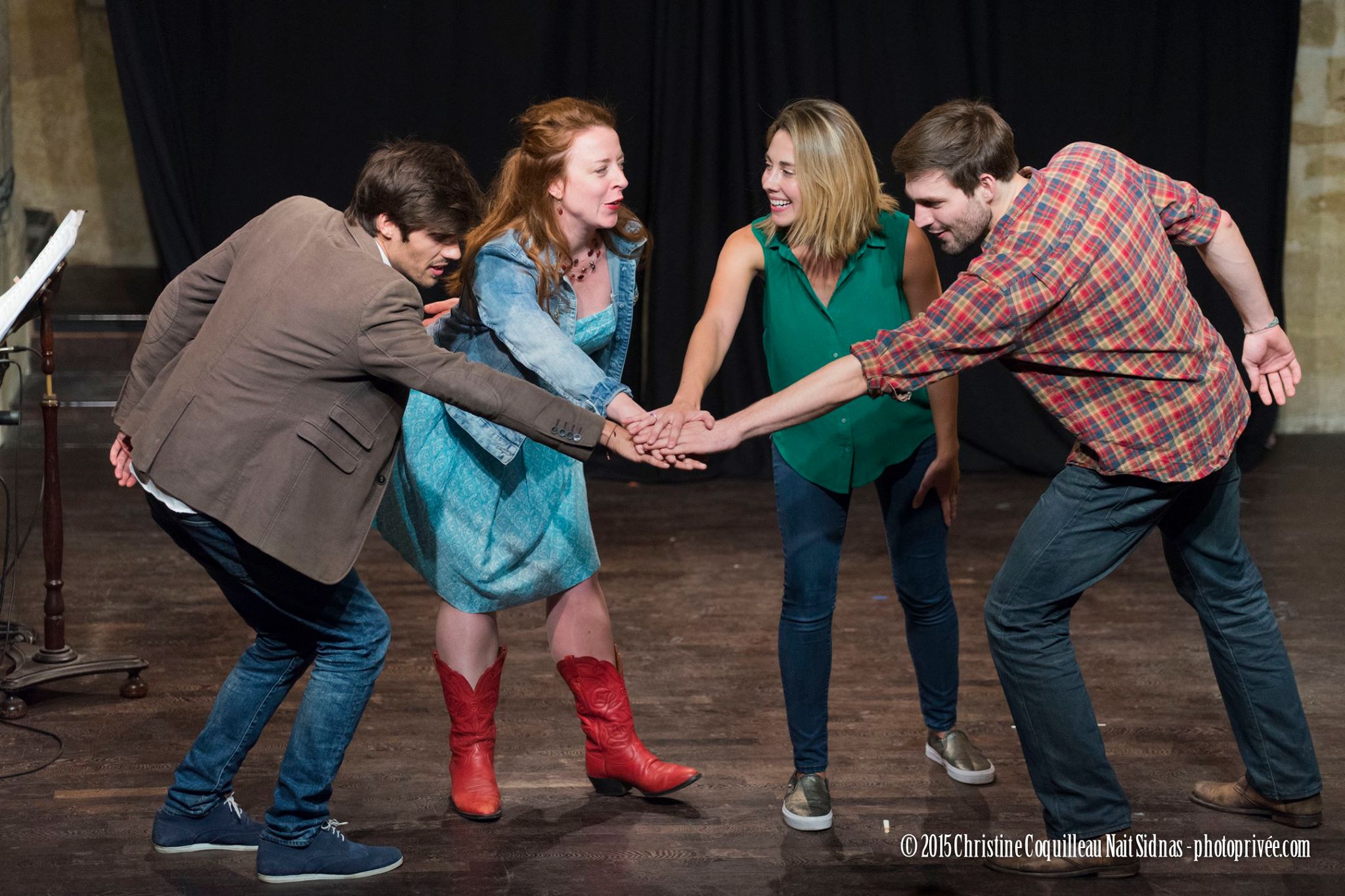 The 90 minute showcase left the audience with a real appreciation of the diversity and promise of English-speaking theatre in the city we now call home. The theatrical community is now working together here, which can only help the expat community and contribute to the growth of an industry where English-speakers have been crying out for more. Two new shows and a festival were also announced: the first, “3 Guys  Improvise”, a highly interactive performance arriving in November, and the second, a fully improvised, full-length James Bond show. The Anglophone theatre festival is planned for 2016. The future of English-speaking theatre in Paris looks exciting! A calendar of English-speaking shows and performances can now be accessed on www.etap.paris.