New Yorker turned Parisian, Sebastian Marx has become a staple amongst the English speaking comedy community in Paris. His hit show, “A New Yorker in Paris” brings audience members from near and far with a common purpose in mind; to enjoy an evening of comedy like no other.

In the shadows of Notre Dame, moored alongside the Seine, you will find a hidden gem “La Nouvelle Seine”, a barge turned restaurant and theatre. Located on the main deck, you can hide from the bitter winter winds while enjoying the evening lights of the neighbouring Ile de la Cité. It is the perfect location for an early dinner or pre-show drinks, but reservations are recommended. Hidden below deck, awaits the red velvet seats and ambient lighting reminding you of a theatre from a different era. 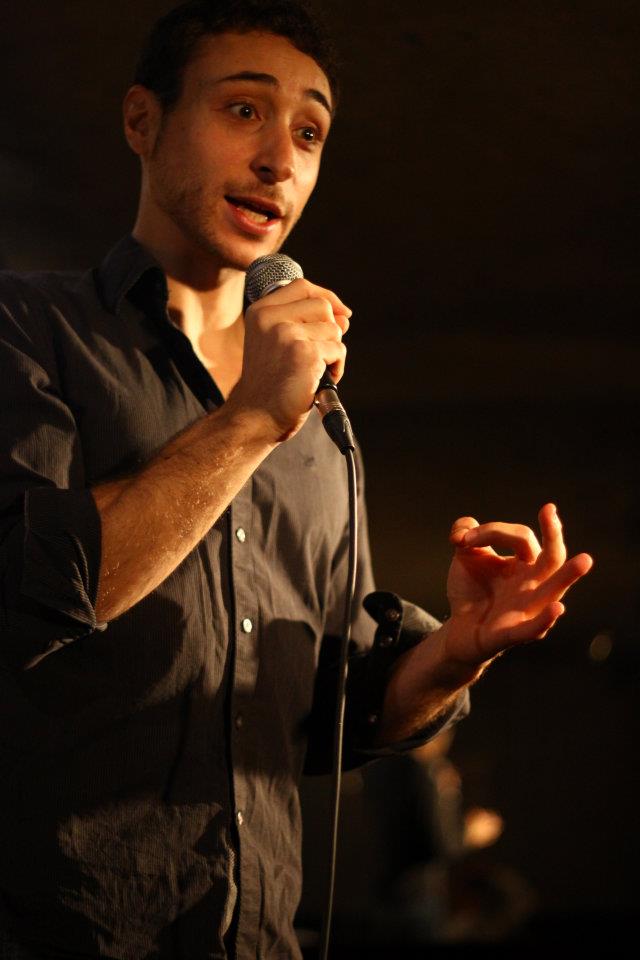 On the evening of my visit, the show was opened by North Carolina’s Sarah Connolly who warmed the audience with her enthusiastic celebratory dance of the three “cartes”- “carte de séjour”, “carte Vitale” and the “carte Bleue”, a well received performance which kept the audience giggling, before she left the stage to Sebastian Marx.

Marx took to the stage without missing a beat. Full of energy, he began his sketch by asking audience members where they were from. For an English comedy show in Paris, there were quite a few locals, mixed in with some expats and a sprinkling of tourists. With sophistication Marx reveals the difficulties many expats face in Paris, while reminding us why we are still here: to chase the French dream and to continue eating “les escargots” – just because it’s an excuse to eat garlic and butter!

With ten years of expatriation under his belt, Marx takes us on a journey, highlighting the highs and lows that expats, locals and tourists alike can relate to and share laughs over.

“What is tricky about performing in front of an audience from all over the world is that I cannot make too many specific cultural references for risk of losing a part of the audience. The feeling of being a fish out of water seems to be a universal theme that almost everyone can relate to.” Marx explains.

With imitations of the crazy guy on the metro, to the Michael Jackson style metro turnstyle jump, Marx has a unique way of captivating the audience and pulling off one of the best comedy shows that Paris has to offer.

His show is performed every Sunday evening on the La Nouvelle Seine “péniche”, 3 quai de Montebello 75005 at 18:30. Tickets can be purchased online at www.lanouvelleseine.com. If you’re eager for more after the show, visit www.sebmarx.com to discover where else he is performing.