Being a Belgian/Australian, married to a Frenchman, it’s safe to say we have our own little mixing pot of various cultural habits, culinary preferences, and all the languages that come along with being a multi-national family. Before our daughters were even born, we had made the conscious decision to raise our future children in the three languages we ourselves grew up with: French, English and Flemish (which is essentially Dutch but with a cooler accent 😉 (says the Belgian). There is a wide variety of resources available and there is nothing a Google search won’t deliver when it comes to finding effective techniques on raising bilingual children. But theory aside, parents who raise their children in more than one language regularly deal with challenges that come along with it.

1. Raising a multi-lingual child will not confuse them.
Despite what some people believe, having a child learn multiple languages from day 1 is not as difficult as it would be for an older child or adult. Their little brains are sponges who will soak up any information they can and will find a place for it in due time. Just like learning how to walk, talk, read and write; language is just another thing they are gradually mastering on a daily basis.

2. Consistency takes effort It’s important to remain consistent.
No language is ever learnt by throwing around random words without a clear context or setting. As we are raising our little offspring in the three languages, we have mom who speaks and reads to them in Flemish, dad in French and English is spoken when we’re all together. Of course, this requires a lot of time and effort before their language exchange becomes a well-oiled machine. It’s not always easy (especially if you’re equally fluent in the other languages taught at home). If your child answers you in French, for example, just continue to answer them in the language you predominantly speak with them and eventually, as their confidence grows, they will start answering you back in your native tongue.

3. People will have an opinion about your parenting, regardless of what you do
I must admit, a cocky part of myself thought people would react quite enticed by the fact that we are raising our children in a multilingual setting. So it came to a bit of a surprise that quite a lot of reactions initially leaned towards a more negative or even critical side… Comments such as “it will only confuse them”, “they will lose their French (*we live in Paris btw)”, “I would not put that pressure on my child” and “who needs Flemish anyway” are among my top four. At the end of the day, people can be coarse and will have something to say about your parenting no matter what you do or don’t do, so let them criticize away as your child learns how to say “mind your own business” in three different languages.

4. Don’t underestimate the power of cartoons!
As I mentioned before, our children do watch TV quite often, and before you put on your ‘judge-y’ pants, all their programs include age appropriate and educational material. In fact, our eldest learnt at a young age to count to 10 with ‘Curious George’, enjoyed completing tasks with ‘Dora the Explorer’ in both French and English and is now learning about the benefits of physical exercise whilst dancing to the Dutch ‘Kinderen voor Kinderen’ songs. I most certainly am not promoting the constant presence of television without any other activities, but when used in moderation and the right kind of exposure, screens can in fact aid in their language development.

5. Some delay in speaking can be expected
A lot of children speaking more than one language, may mix up some of the words as they start forming full sentences. Yes, compared to little Hugo from next door, they may not be reciting their favourite poem just yet at the age of 2. Rather, they tend to sound more like a UN translator after a few drinks, but give them a few extra months to get the hang of it and they’ll be able to tell you all about their day in more languages than one. If anything, the initial mixing of languages can be quite adorable at times! “Mama, I want mijn déjeuner sebiet, please” is still one of my favourites.

6. Your child is not better than anyone else’s
There are of course some parents who act as if their multilingual child is far more superior than any other child who doesn’t ask for their snack in Latin or what have you… Every single child has their own strengths and weaknesses and where your child might excel in one area, another trumps them in another field. It’s not a competition (contrary to what most of us experience) and our little monsters are all geniuses in their own way! I caught one of my trilingual little ‘geniuses’ licking the window the other day so enough said.

None of this information is new and I’m sure most of you have far more experience to back up the above challenges. The objective of this article was to share what we’ve known so far and encourage those multilingual parents, who may have had doubts before, to keep on going!! In my opinion, if you can raise your child with more than one language, it’s nothing if not a gift you can give them. 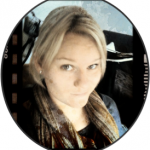 By Stefanie Selen
A qualified Psychologist who started with trauma survivors and later turned to private practice. As well as a health and wellness professional, I’m also a mother of two, wife of one, veteran expatriate and self proclaimed ‘foodie’ (which is just another way of saying my favorite hobby is eating). I’m a blogger who started to write about everyday situations, share research and experience and offer helpful advice. www.lifesrecipebook.

This article was submitted by our online submission form, If you would like to submit an article upload it here

About Stefanie Selen 11 Articles
A qualified Psychologist who started with trauma survivors and later turned to private practice. As well as a health and wellness professional, I’m also a mother of two, wife of one, veteran expatriate and self proclaimed ‘foodie’ (which is just another way of saying my favorite hobby is eating). I'm a blogger who started to write about everyday situations, share research and experience and offer helpful advice.
Website Twitter